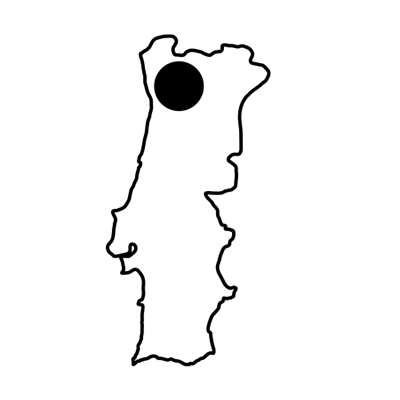 With his fierce unconventional image, with no need to compromise on what he believes in, Álvaro Castro is a longtime legend leading the most elegant style of Portuguese wines of Dão.

Dão is one of the oldest regulated wine regions in Europe and the outstanding quality of its wines has remained a well-kept gem for far too long. With its special microclimates the region has quickly becoming one of the most sought-after regions for Portuguese winemakers. Mountain ridges protect the appellation from temperature extremes; the warm winds of Extremadura and the arid heat of the Douro. Cool Atlantic breezes come inland to keep the overall temperatures regulated. The granite soils allow the indigenous grapes to shine through and provide wines with bright fruit.

Álvaro Castro inherited the family estate on the edge of the village of Pinhanços in 1980 and immediately started to re-establish the good old family property dating back to the early 16th century. At that time, working as a civil engineer, he understood that full time commitment and enthusiasm was acquired to be put out into the estate to enliven the tradition of viticulture that been in bloodline for generations. His first label came in 1989 (Quinta de Saes). After years working around in Portugal and Bordeaux his daughter Maria joined the estate in 2001 and began to practice next to her father to secure the legacy of winegrowing.

The estate encircles three vineyards at the foot of Serra da Estrela; Quinta da Pellada (also being used for the name of the company), Quinta de Saes and Quteiro. On 500 meter of elevation Castro is growing and crafting authentic field blend style, vines aged up to 65 years. With that said, Dão is without a doubt one of the best places in Portugal to peacefully be tangled up in flora of indigenous grape varieties of the country. And oh does he working magic with white Encruzado, Cerceal Branco and Bical, exceling the touch of red Tourigas Nacional, Roriz, Alfrocheiro, Jaen, Tinta Amerela and Tinta Cao. It can be a bit of challenge keeping up with his work: he does make a large array of wines!

Since day one he has been unconcerned to trends, making wines that pleases no one else but him. He manifests the idea of that “wine is made in the vineyard”, that the raw product is not to be messed with and that less will always be more. Relaying on that the fruit and land tells him what to do to create a pure essence of the appellation’s particularity. A prime expression of elegant tradition that embodies vivid wines of place and time without intervention, showcasing history of a very rare terroir.