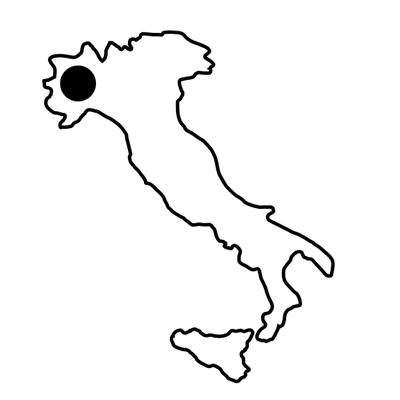 This small estate in northern Piedmont is a partnership between Dieter Heuskel and Peter Dipoli, the owners of the estate, Cristiano Garella, an outstanding young local winemaker, and Andrea Zanetta, one of the best viticulturists in the area.

Northern Piedmont used to be famous for its Nebbiolo-based wines, but in the last century many of the vineyards fell into disuse. Heuskel and Dipoli started buying land in the Bramaterra appellation in 2004; after assembling more than fifty small parcels from more than forty owners they were finally able to realize their dream and plant vines, mostly Nebbiolo, in 2007-2008.

The hill where their vineyards are planted was famous a century ago for the quality of the wine grown there, and it will be famous again soon. The soils here, marine and volcanic sands ranging in color from yellow-orange
to brown, are entirely different from those of the Barolo and Barbaresco areas; they are also acidic, whereas those of the Langa (and most wine regions) are basic. Cristiano Garella is a leading winemaker in this area with a number of vintages under his belt. His style is clean but transparent, his goal being to maximize the native character and flavors from this very distinctive Nebbiolo terroir.